If, when I started running in 2008, I’d been told that one day I would run 10 marathons in 5 weeks, I wouldn’t have believed it. At that time I could barely run 5 km; 10 km was a real challenge, and I never thought I’d run a single full marathon. In fact, back in 2001 when I first came to Japan, I got such terrible pains when running 500m for the train that I went to hospital and was fitted with a heart monitor. There, I was told by the doctor, “Well, it’s running makes your heart hurt, don’t run!”.

Fast forward 10 years and I was now regularly running over 10 km. I’d discovered a way to distract myself enough from the pain and boredom of long distance running – by carrying out GPS art, and for the really big challenges found live video streaming to be a great means of hiding the truth from my conscious mind.

Running, GPS, Art, Technology & Social Media… it was a potent mix, and I knew it. I’d presented for several organisations whom I thought would appreciate the potential, and this led to an approach by creative ad agency W+K (well known for their iconic marketing campaigns for NIke amongst others).

The basic concept of the campaign had actually been suggested as a joke: for the launch of Nike’s new running shoes, they would find a runner who would have to run a certain distance every time someone Liked the Facebook page. But that alone wouldn’t really be enough, because ultimately all that person would be doing was running; it wouldn’t make for a very entertaining campaign. However, imagine if those Likes were somehow turned into interactive art in a way that would truly engage people both online and out there on the street. If, in addition to increasing the distance that the runner had to run, fans could actually determine where that runner ran.

This would require a special kind of runner. One that was, well, kind of crazy.

There was only one person for the job – me!

Of course at the beginning of the campaign we had no idea how many people might Like it. 1000? 2000? The first designs were quite simple and the distances not too long. This shouldn’t be too hard, I thought to myself.

Fast forward one month and we had over 28,000 Likes. Whereas initially we had only counted Likes of the actual page (100m per like), every single post featuring the campaign received so many individual Likes (some over 1,000!) that we decided that they should also be included @ 10m per Like. In total then, this resulted in me having to run 420km – or ten marathons! So I began to pick up the pace. An appearance on ‘notTV’ led to a suggestion from a viewer that I draw a map of Japan. I thought that was a crazy idea, but sure enough by the end of the following week I had an 80km outline of the islands under my belt / on my Nike+ Running profile (more on that soon).

Had it been a case of me having to run this distance alone without any support, it would have been nigh-on impossible. As it was though I had people encouraging me every step of the way. I had virtual supporters on Facebook, on Twitter; real life supporters on bicycles and motorbikes (for many of my runs I had a camera crew accompany me, resulting in some of the videos you see here).

For some runs I was joined by members of various running groups, and from week two of the campaign (and especially after an appearance on Japan’s No.1 breakfast TV program, Mezamashi TV) many complete strangers who had heard about me cheered me on when they saw me. It was all quite overwhelming really.

Physically it was the toughest challenge I’ve ever taken on. By the final Sunday, I was almost crippled. Whilst my feet themselves were fine (I didn’t get a single blister during the entire month), the pain in my Achilles – which had started after I ran 53kmin a single day and then another 30km two days later – was tough to deal with, and running in 30+ degrees saw me drink 6 litres of pocari sweat a day – all of which was lost through perspiration. On one of my final runs – I was drawing a 50km ‘Thank you’ message – I collapsed by the side of the road on the way to Shinagawa. I wasn’t sure how I was going to make it to the end, I was that tired. As I sat there I became aware of a stranger with a child’s buggy standing in front of me. I looked up, he smiled. “You’re Joseph aren’t you? I saw you on TV! I just wanted to say how impressed I was by what you’re doing, and wanted to wish you all the best for your run. What are you drawing today…?”

I was bowled over by that. It was as if I was in the Truman Show, and this guy had been instructed to approach me and say that at this moment. I thanked him sincerely, and felt a new wave of energy sweep through me. Wow, I wasn’t doing this along, I had all that support behind me. I could make it to the end!

And I did – stopping for a photo opportunity along the way with a girl who apparently was a big fan, had liked me on Facebook. I completed the final run not far from home, on the Imperial Palace circuit, Japan’s no.1 running route.

Looking back at the experience now I can hardly believe I actually did it. So many kilometres, with very few days off. Just nuts!

I’d like to take this opportunity to thank everyone who made this campaign possible, including Wieden + Kennedy (notably Shinya who cycled much of the 420km, Andrew Miller and Naoki Ga); Nike Japan, the many film crew members who helped record it all for posterity, my friends in real life and online (including my understanding boss!), the many people I don’t know who ‘Liked’ me and made this such a success, and last but by no means least my wife, Twinkle Tame. I couldn’t have done it without you all.

I’ll be posting some more stories from this campaign over the next few weeks, so stay turned! 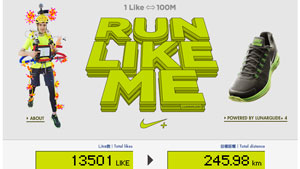 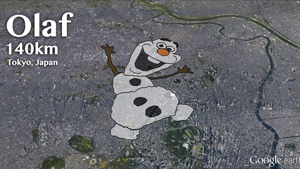 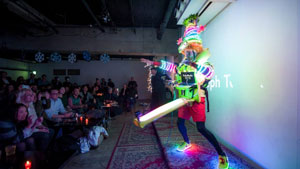 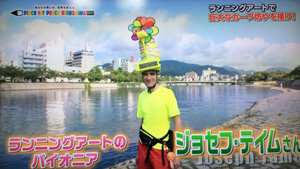